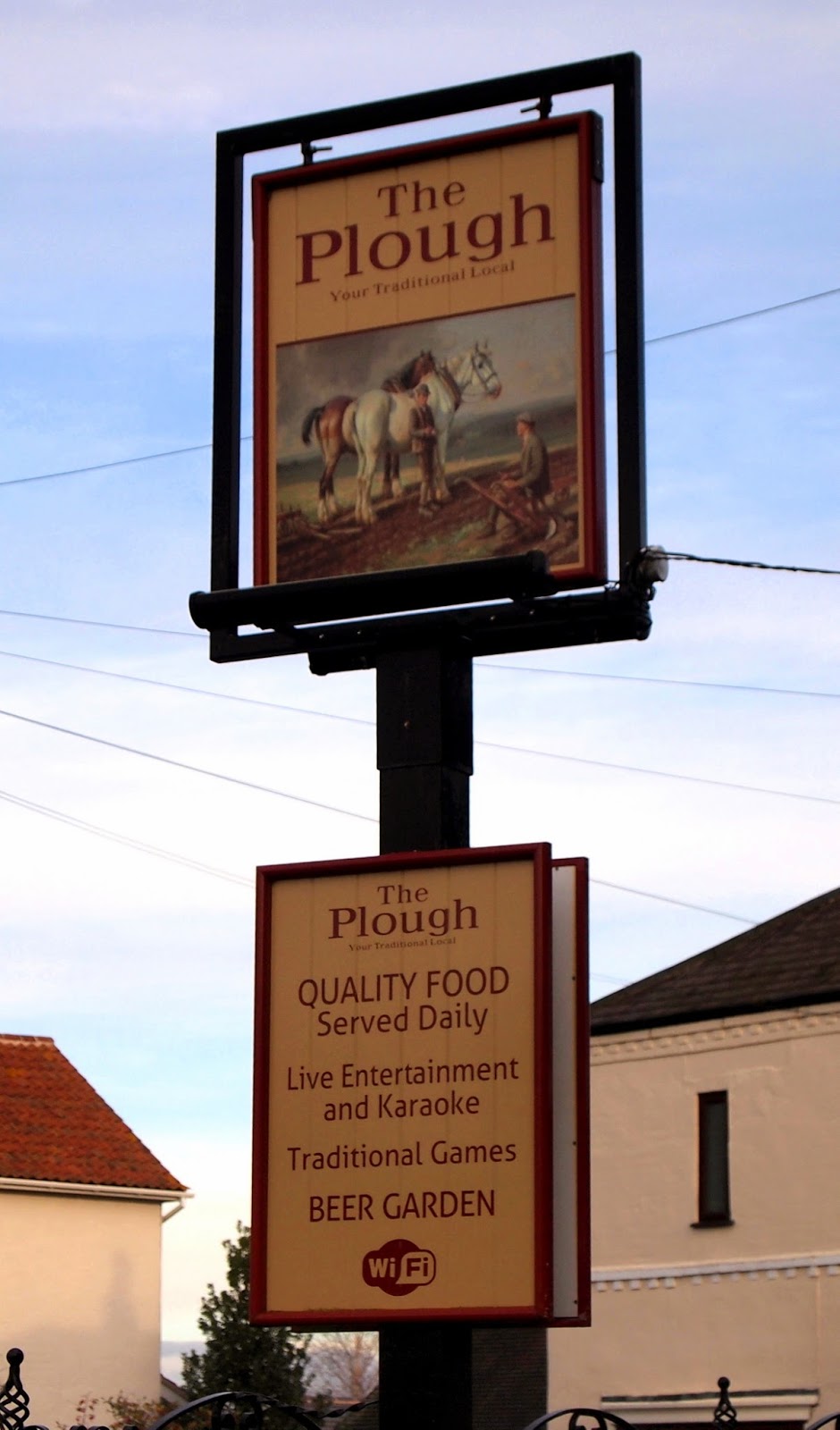 Traditional Games are promised on the roadside signage for the The Plough, a self-styled 'Traditional Local' in a village well served with pubs. The Plough is certainly a 'local', a friendly and welcoming one at that. The promise of traditional games at the pub also holds true, and includes a fine example of perhaps one of the most traditional and recognisable pub games of all, a Devil Amongst The Tailors. The skittles table shown below stands centre stage in the front bar of the pub, and is apparently very popular with both locals and visitors, including several visiting teams in the local Table Skittles league.

The area to the south of Nottingham has the rare distinction of having one of the few remaining leagues for this once popular pub game. The Plough's team play their skittles home or away on Thursday evenings in the Nottingham & Arnold Table Skittles & Domino's League. This combined games league is drawn predominantly from local clubs in an area which would have been a hotbed of both Long Alley and Table Skittles play at one time. 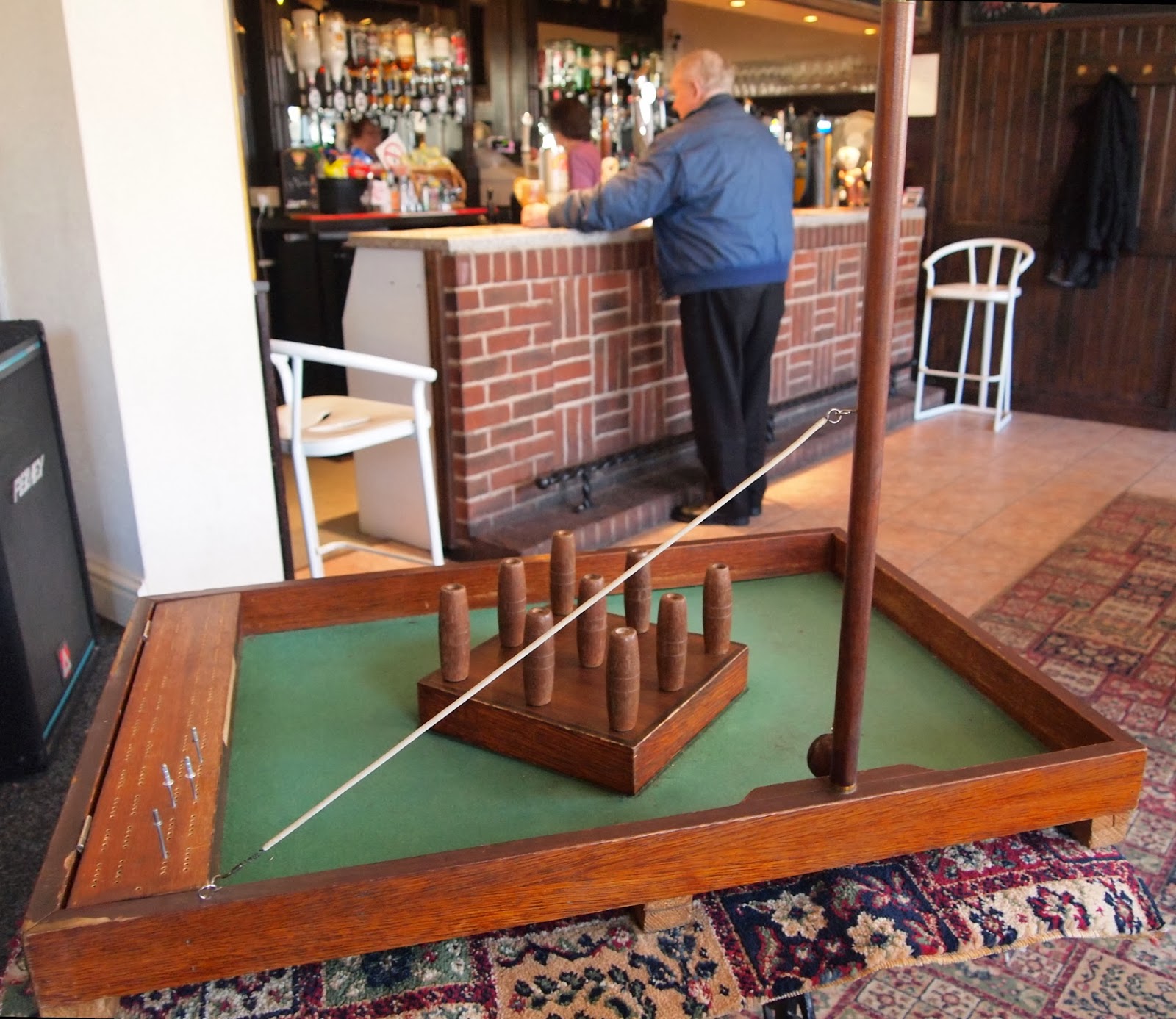 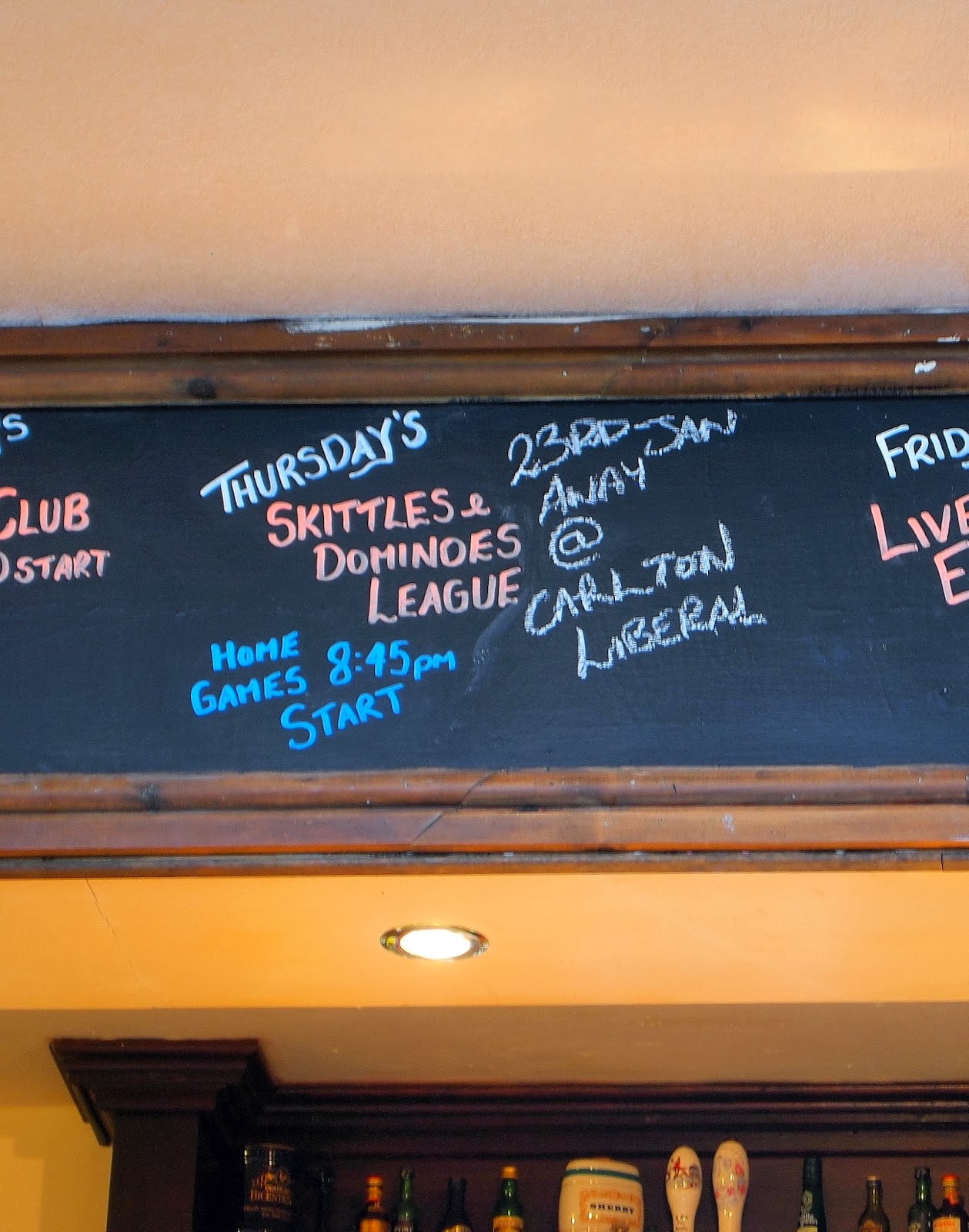 The village of Keyworth itself sits slap-bang in the middle of an area still noted for a Long Alley Skittles tradition. The Leicestershire version is still found throughout the Wreake Valley area between Melton and Leicester, and a handful of Nottinghamshire alleys are still in use at pubs and clubs in the nearby suburbs of the city.

It seems that wherever alley skittles has traditionally been played, a Devil Amongst The Tailors table will not be too far away. Presumably this fulfilled the need for competitive skittling during the winter months when alleys were too cold or wet for comfortable play. This would have been particularly the case in the Nottingham and Derby area where many alleys are still located outdoors and exposed to the elements, and where indoor alleys are more often than not unheated. 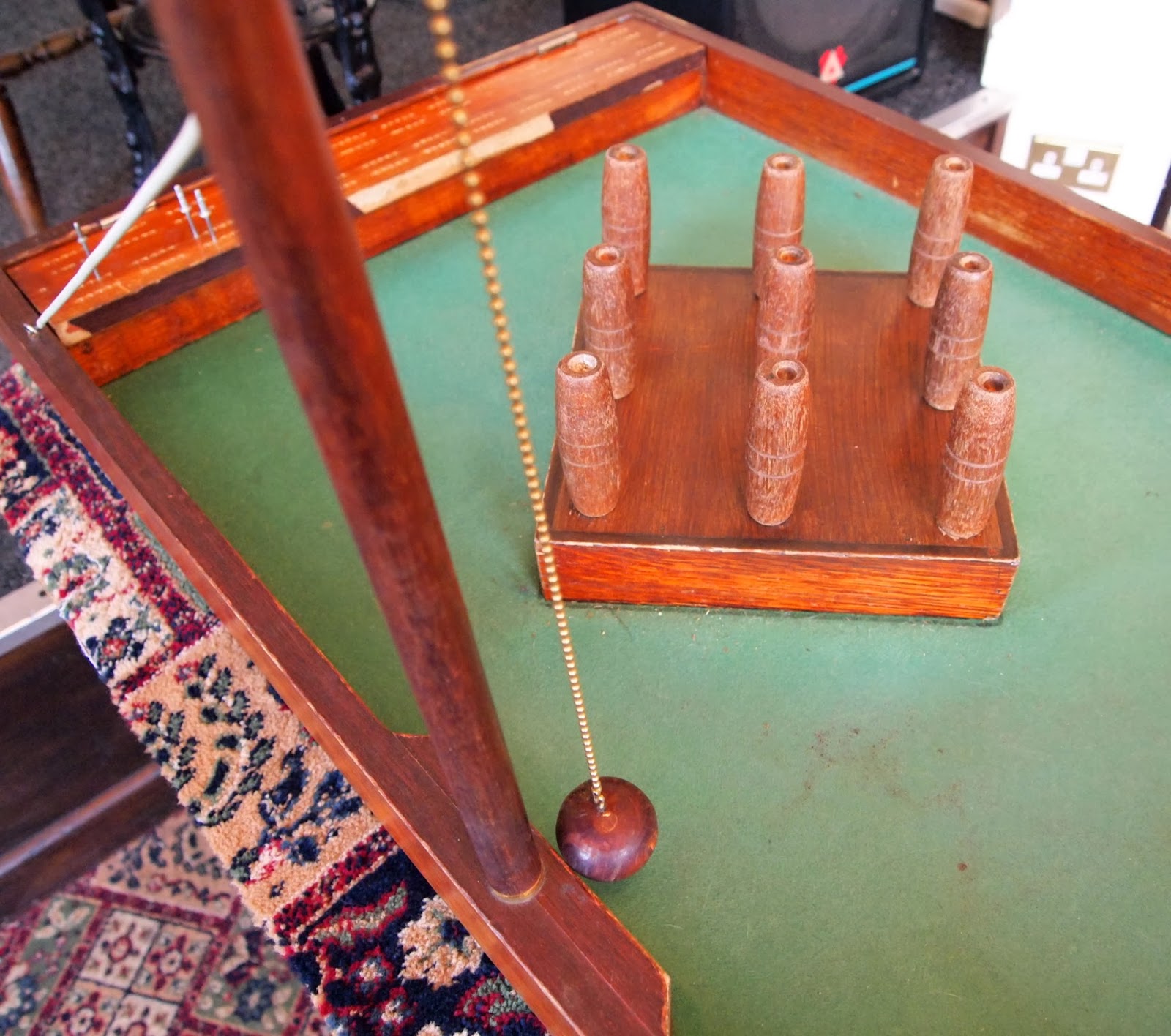 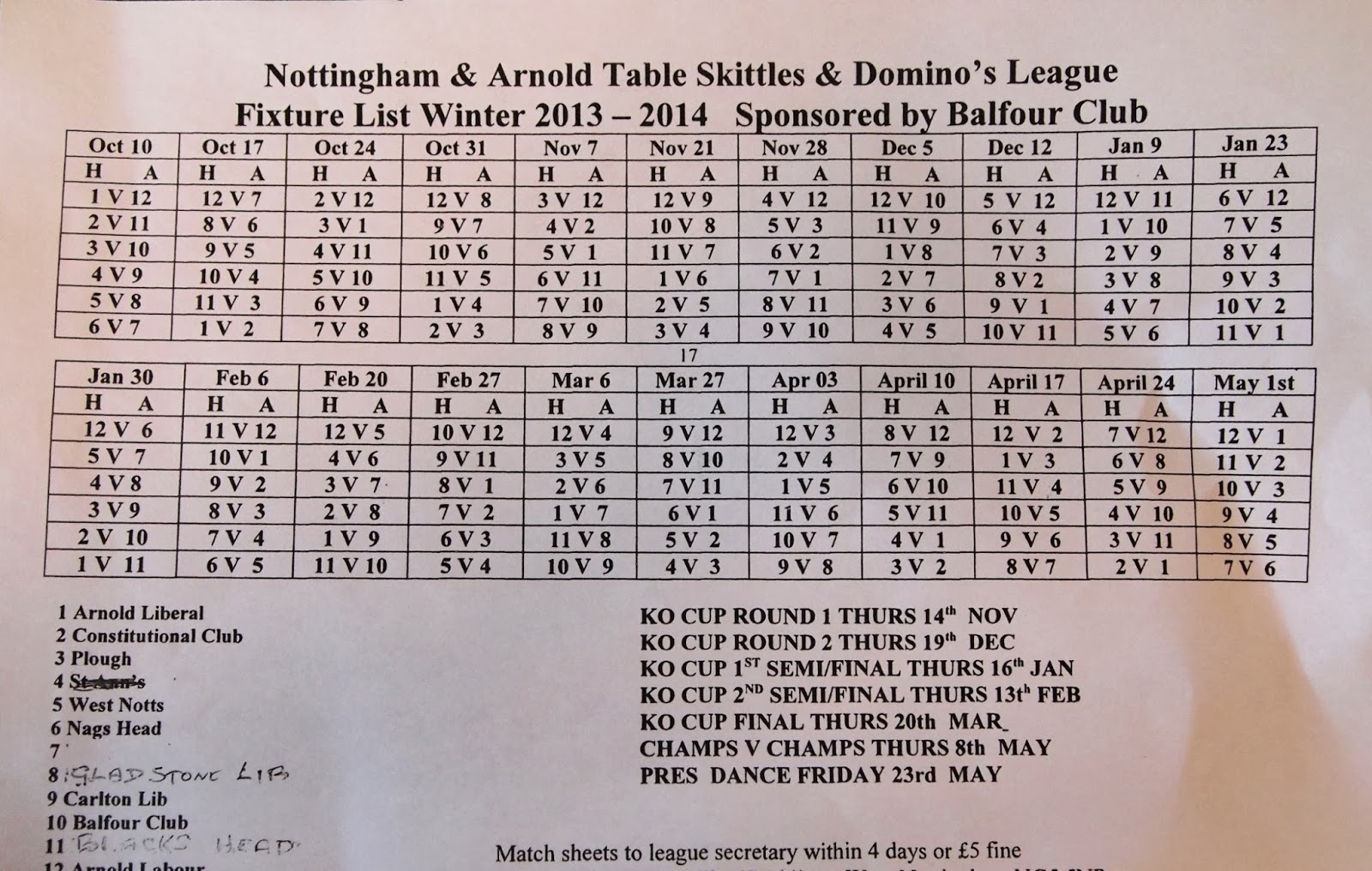