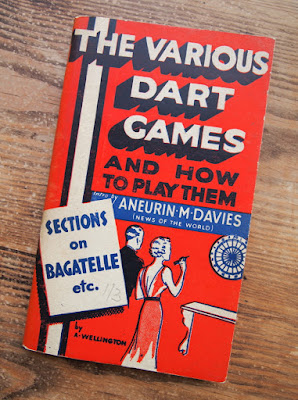 There really is no shortage of books, journals, blogs and other online writing about beer and brewing. It's a micro-genre with seemingly limitless potential for saying much the same thing, in slightly different ways, about a subject that's always attracted passionate interest, though perhaps none more so than in recent years with the arrival of so-called 'craft' beer. But then that's the very nature of the keen enthusiast, there's always another angle on your passion to write about, and rarely a shortage of fans to read about it. Quite why beer and brewing (and wine and spirits for that matter) generate such a demand for the written word, and yet the pub, the stage for so many of lifes dramas, trails so far behind, has puzzled me for many a year. 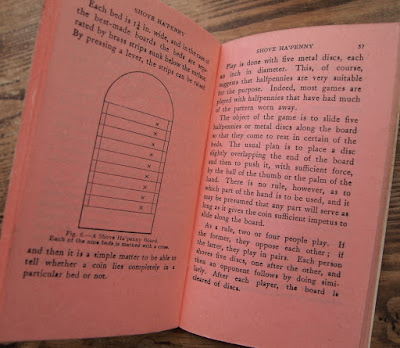 Pubs are certainly taken for granted, particularly by the 'locals' who use them more than most. Whilst enthusiasts like myself visit pubs just as often, if not more so than regular social drinkers, our 'passion' for the boozer is probably regarded as unusual, dare I say 'geeky' by the mass of regular pub-goers. So the pub, arguably as interesting a subject as the beer that passes over the bar, seems to be so deeply ingrained in normal day-to-day life that it's simply not regarded as being particularly newsworthy by most people, let alone worth taking the trouble to write about! 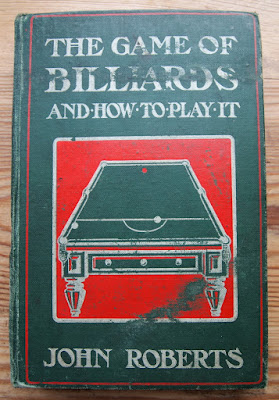 But if pubs are a neglected subject in print, it's perhaps ten-times so for traditional pub games which are rarely the subject of the written word. The current go-to book for the subject remains Played at the Pub by Arthur Taylor. This book was published over ten years ago now, and right now there seems little sign of a follow-up (although rumours persist that a book on skittles by Arthur is in the pipeline), which perhaps says something about the commercial viability of the subject. Slightly strange given that under normal circumstances, almost every day there are literally tens of thousands of men and women playing games at the pub, often competitively in long-established leagues. Yet this rarely warrants a mention, even in guides which feature the kind of pubs that rely heavily on league games play for their success. And it's not as if the field lacks personalities, just no one with the inclination to document them it would seem.
So we have to look to the past for information on these commonplace games. When the 'new' games of Darts, Billiards, and latterly Snooker took hold, there was a ready market for books on the subject. The cheap post-war booklet on Darts shown above even had a chapter on the humble game of Shove Ha'penny, presumably written for the benefit of wealthier folk venturing forth into a working class world of pubs and beerhouses they were probably unfamiliar with. The three-ball game of Billiards in particular spawned a whole library of books on technique and shots, often written by, or with the help of notable players of the day, and sponsored by the many cue sports manufactures at the time. 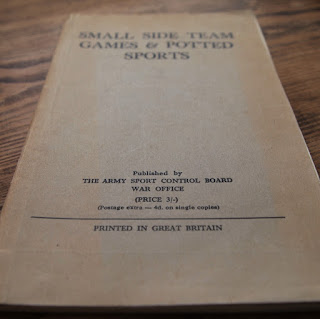 The booklet shown here is a War Office publication. This edition was produced in 1957, which was around the mid-point of the post-war conscription known as National Service. The many thousands of servicemen called-up at this time, when they weren't involved in peacetime duties at home or abroad, would have been pretty desperate for recreational diversion. This booklet covers the rules and practicalities of play for just about every team and competitive sport imaginable, but it's particularly interesting in the context of this blog for the inclusion of rules for Quoits and Skittles. The rules for Quoits were supplied by the English Quoiting Association, so pretty standard stuff that can be found easily enough elsewhere.
The Skittles section is a bit more interesting. The rules given are for the basic form of the game that'll be familiar to skittlers everywhere, but the equipment is for what's now known as Old English Skittles, heavy Hornbeam pins and discus-shaped Lignum Vitae 'cheeses'. A common enough game back then, but now played at just the one pub in Hampstead, London, to rules that are unique to the game (and the Cambridge Table Skittles League). Dimensions for the 'alley' and frame are included, as is a guide to felling the various broken skittle frames that is a major feature of this kind of skittles. 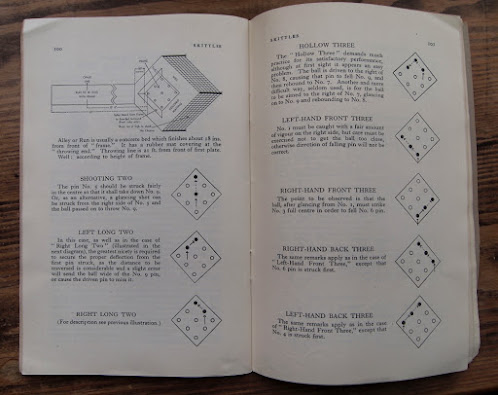 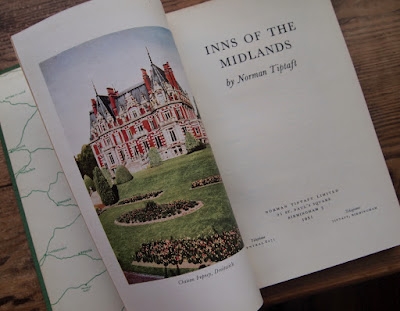 Another genre of books that really blossomed from the early 20th century onwards were guide books to the numerous 'Inns' of the country. Never 'pubs' mind! These were invariably produced for motorists, newly mobilised and eager to explore the more genteel highways and byways of Britain's countryside, possibly with a stopover in a traditional roadside Inn. Most are pretty dull affairs it must be said, focussing exclusively on 'famous old inns', market town hotels, and well-appointed roadhouses of the day. Not the back-street boozers and tumbledown village alehouses where drinking, Darts and Dominoes were the principal attraction.
This one from 1951 is better than most in that the focus is on Midlands Inns only, giving more detail than there would be in a national guide, and not merely a skim of the most upmarket or historic 'usual suspects'. The author was also keen to seek the assistance of the local brewers, which clearly put a different slant on things. There's a very good illustrated chapter on the breweries, as well as a rare acknowledgement that customers liked to play games, as shown in the terrific set of photographs shown below. I can't help thinking Norman Tiptaft really 'liked' pubs, even if the word Inns was probably more acceptable to the publishers. 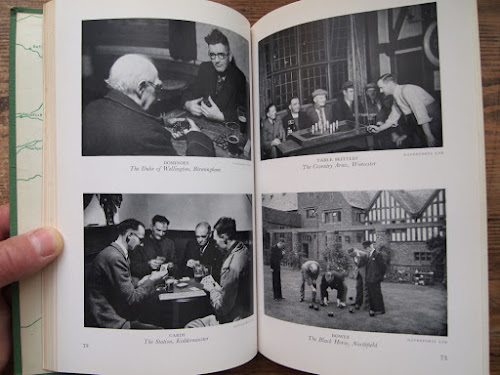 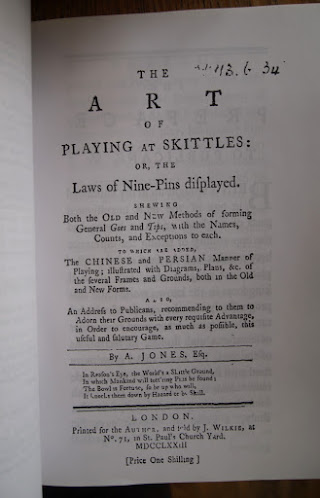 This facsimile of an 18th century publication details the various games of Skittles once popular in rural areas of the country, presented with a moral zeal typical of 'educated' gentlemen of the time. It's a real eye-opener, and as clear an indication as your likely to find of what was regarded as the 'degeneration' of the game in Britain.
The author makes a strong argument for promotion of the 'manly exercise of skittle-playing' over the more 'effeminate' games lately introduced such as Cards and Dice. Games redolent of an '...over-fed age of people', their souls '...insipid with ease and sloth' leading to 'bog bellies, swelled legs, gouty feet, and other ailments of the loaded corpse'. Quite! Skittles is regarded as both good exercise, and in it's original form, a game of high skill and for recreation only, rather than an excuse to '...guzzle and drink'. Hmm!
The most basic version of the game of Skittles in this publication makes the current 3-ball, 9-pin standard played today seem like a childrens game in comparison (which is not to say that modern skittles is not a highly skilled game in experienced hands). The rules are, it must be said, quite bewildering to these eyes. There being different heights and scores for different pin positions in the frame, the highest scoring being the tall 'King Pin' at the centre, followed by the four corners or 'Nobles', then the 'Commons'. Even then, scoring depends on how the pins are actually toppled, the higher scores achieved by 'tipping' one pin onto another rather than being directly struck. It's fascinating if slightly impenetrable stuff, but perhaps the most interesting aspect of a book like this is that someone would take the trouble to travel the country and research the humble game of skittles at all! 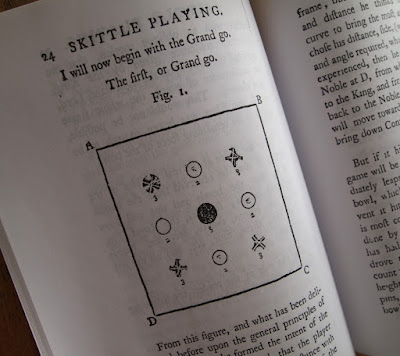 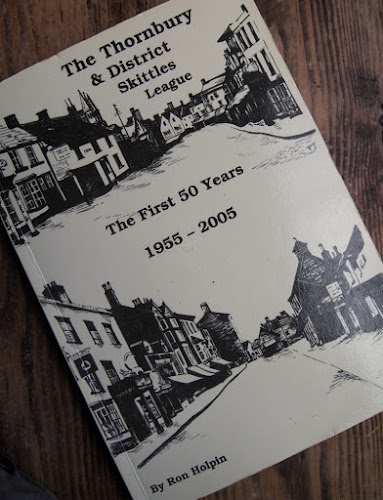 That almost nothing on pub games ever makes it to print makes this hefty tome on a single West Country Skittles League all the more remarkable. Ron Holpin was heavily involved in the game in the Bristol area for much of the time this book covers, and as a local sports journalist, he obviously felt duty bound to record aspects of the Thornbury & District Skittles League that few others would even regard as noteworthy. It's a pretty dry affair for the most part it has to be said, details of every season, notable results, and the finishing league tables make up the bulk of the book (details that until recently would have featured in most local newspapers). But in amongst the dry detail are amusing anecdotes, and much social history around the game, those who play it, and of course the pubs and clubs where the game has been played in the immediate post-war years onwards. Whilst not exactly a bedtime thriller, it's a useful document, and would that all leagues produced something similar as a social document before the players who shaped the game are no longer with us.
Enthusiasm for the game of skittles, both competitively and as an important social pastime, is made clear throughout the book, even extending to a short chapter on 'other' skittles games. This includes the unique East Midlands game of Long Alley, illustrated with details of play and photographs of a game in progress (below). On a trip to the Midlands, Holpin visited notable Long Alley venue the Gate Inn at Loscoe in Nottinghamshire, arriving just as a game had commenced against Belpers Duke of Devonshire, a league match in the Belper & District Summer Skittles League. Outside of a handful of specialist pub games books, Arthur Taylors included of course, this may be the only time the humble, somewhat 'primitive' game of Long Alley Skittles has featured in print. The low-key nature of skittle alleys in Derbyshire and Nottinghamshire, often located outdoors and therefore easily missed by visitors, mean that this game is perhaps taken for granted more than most. 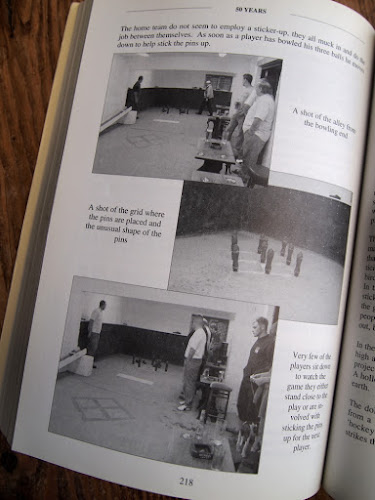 Very well written and interesting as per usual Mark.

Thanks John. Under current conditions the blog is effectively mothballed, but I’m trying to post whenever I can.