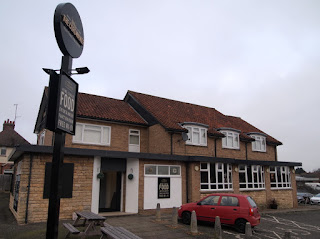 With this post I bring my recent whistle-stop tour of Ketterings generally underrated, and for my part, infrequently visited estate pubs to a conclusion. Finishing with a recently refurbished community local that, in common with both the Stirrup Cup and Woolcomber, would be yet another entirely new pub to me.

There's a good reason why I rarely visit these estate pubs, and it's not entirely down to the (often but not always!) limited beer choice. Despite Kettering being just a short bus or train ride away for me, and a town I like to visit at least once a month, most of them are just that little bit off the beaten track, and frankly a little too far to walk to from what is after all a very well-pubbed town centre.

Not so The Cordwainer, a pub I've been aiming to visit for some time now but always assumed was an inconvenient bus ride away at best. In fact the pub is located on the very edge of a late-Victorian residential area just to the North of the town centre, a sprawl of mostly terraced housing built to accommodate workers in Ketterings burgeoning shoe trade. 'Cordwainer' is of course an archaic name for a shoemaker. 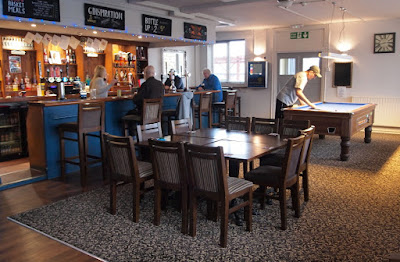 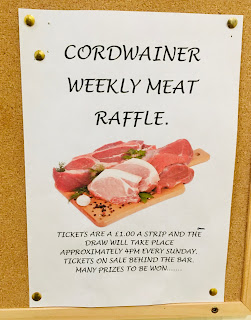 Although the Cordwainer stands opposite a row of late 19th century housing, it's clear from the pubs appearance that it wasn't built as a classic Victorian mid-terrace alehouse. In fact very few such pubs survive in Kettering, the Melton Arms being the latest example to close for good, and most of the social drinking on this side of town takes place in the numerous trade and social clubs such as the nearby Miniature Rifle Club. So The Cordwainer is a newer build, established to serve the much later 20th century housing that surrounds the adjacent North Park recreation space, perhaps even as late as the 1980's from its appearance, a much less functional design than some of its 50's and 60's 'flat roof' peers.

As with the Woolcomber on the Ise Lodge estate, my early 90's edition of the local CAMRA pub guide indicates that Home Bitter from the brewery in Daybrook was the only real ale available at the time. Indeed a page on the Brewery History Society website lists both of these pubs as being Home Ales houses originally, which would have made them considerable outliers to the brewerys core pub trade in and around Nottingham. Sadly it's been quite a while since any ale appeared on the Cordwainer's single handpump. 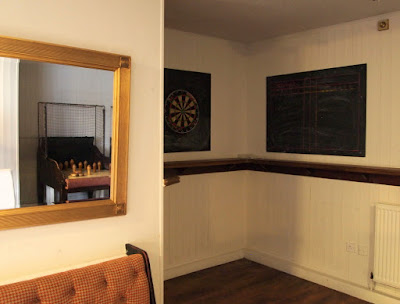 The pub was extensively refurbished quite recently, but thankfully retains its original two-room layout. The current licensees appear to have taken a leaf out of the Stirrup Cup's book, converting the left-hand lounge bar (right & below) into JKs Cafe during daytime trading hours. This bar then reverts to more traditional pub use in the evenings, and it's here that the pubs Dartboard and vintage Northamptonshire Skittles Table reside. 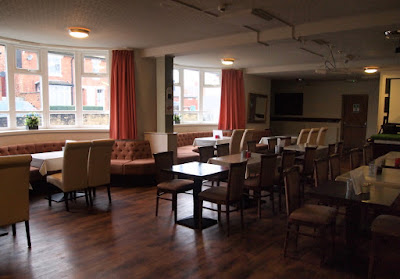 One thing that's become very clear to me from visiting these estate pubs, is that the traditional concept of social drinking alongside sport and games, whilst still popular in some pubs at certain times of the day, is simply not enough to sustain what are often marginal businesses anymore. Particularly so on weekday afternoons when all but the most commercial high street chain bars tend to be very quiet. The future viability of estate pubs like the Cordwainer clearly relies on developing a good food trade, but also imaginative use of what are often substantial buildings on generous plots. Functions and social events have always been a strong point for these suburban community locals (and the ever-popular weekly Meat Raffle of course!), but this diversification into an afternoon café function seems to work well, it's what locals want from their pub at this time of the day. So I was delighted to see the licensees at the Cordwainer have taken this very positive initiative. 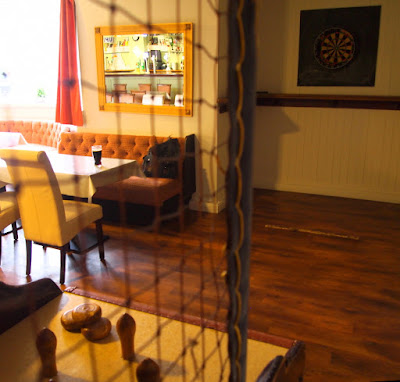 Of course the heart of a pub like the Cordwainer will always be pints at the bar, a chat with fellow locals, and the all-important televised sport and traditional pub games that this blog is all about, all of which were on show when I visited on a typically slow weekday early afternoon.

Pool is the most important game played at the Cordwainer, the pub fielding three teams in the Kettering Town Pool League, currently clustered mid-table in Division 1 which must make for an occasional fixture clash. The main Pool Table is immaculately maintained by locals in the front bar, with a second table covered and available when required in the lounge bar. 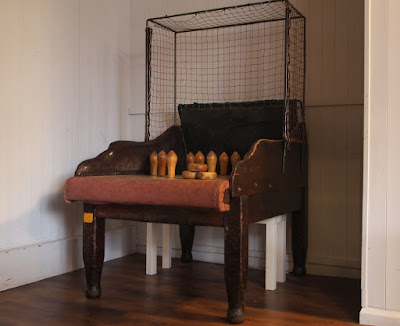 Pool, Darts, and Table Skittles are common features of all the pubs I've visited around Kettering recently, which is as it should be. Estate pubs like these are often the last stronghold of the more traditional pub games like skittles, though happily this is not the case in Kettering, with several notable venues for the local game dotted around the town centre. It's quite likely that a skittles table would have been installed at these 'modern' estate pubs from day one, the game being hugely popular throughout Northamptonshire at the time. Indeed many clubs in the area are known to have had several tables until relatively recently, such was the demand for a game, with competitive play in several overlapping leagues throughout the week. Interest in the game has of course contracted considerably in recent years, and Skittles is now played at the Cordwainer in a combined Kettering, Burton Latimer & District League, the home team currently leading the field in the second tier of competition. 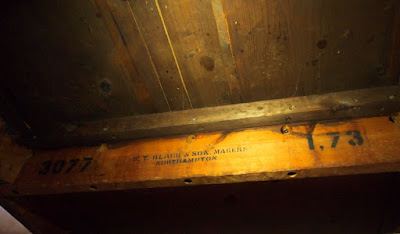 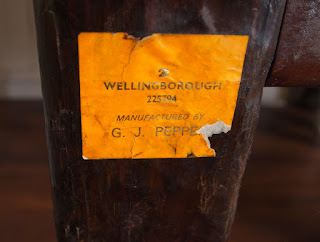 The table itself appears to be something of a hybrid. Constructed in 1973 by W.T Black & Son of Northampton, as evidenced by the stencilling underneath which can be found on almost all Blacks tables. At some point the table has been refurbished and/or repaired by G.J Pepper though. The Pepper brothers of nearby Wellingborough were perhaps the most highly regarded of all the Northants skittles table manufacturers, and presumably in competition with the Northampton company, but would have worked on many of these tables once the 'Black' company ceased trading. The square-form netting at the back of the table is certainly more typical of a Peppers table. 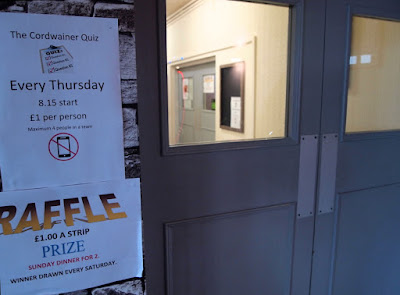 Love these pubs!!! Great to see surviving and diversifying and if it keeps these old boozers alive I'm all for it

It’s also great to see so many of them being refurbished rather than closed and turned into ‘Neighbourhood Stores’. I believe these pubs have definitely got a future so long as they offer what the locals actually want, which isn’t just televised sport and beer these days. I do find it a bit sad that some supposed pub lovers are so sniffy about the things that have always been popular in these ‘proper pubs’ like karaoke, meat raffles, pub games etc. Things that are a sight more ‘pubby’ than tap takeovers and gin tastings.