Skittles is undoubtedly one of the most widely played and fascinatingly varied traditional games in the world. Only Cards and Dominoes seem to match it for sheer variety, with different versions of what is essentially the same 'throwing things at sticks' game found throughout Europe and beyond. In Britain alone there are dozens of different skittle forms, and probably hundreds of subtly different rules and conventions of play.

It was whilst pondering this fact that a thought came to me! Perhaps the humble county of Leicestershire has (or certainly had until very recently!) more examples of the game of skittles as played at pubs and clubs than any other county in Britain, possibly even similarly sized areas worldwide! Quite a claim I know, and one I have little hope of confirming either way to be honest, but it's an interesting possibility nevertheless, and one worth illustrating with a few examples. 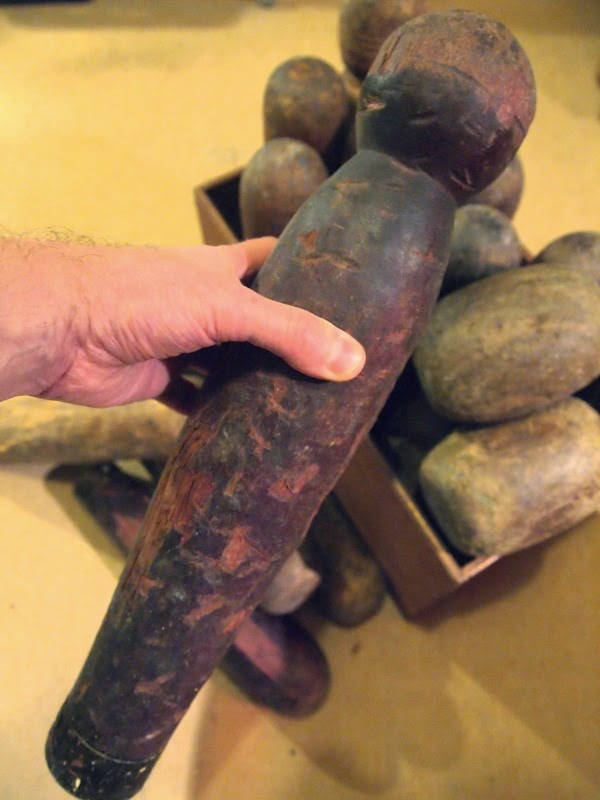 Long Alley is probably the skittles game with the longest history in the county. The version played in Leicestershire pubs and clubs is distinctly different to that found in Derbyshire and Nottinghamshire, but is probably a remnant of the kind of skittles played throughout the country before the smooth timber alleys of the West Country and Wales were developed. So the heavy Lignum Vitae barrel-shaped 'Cheeses', and tall, almost straight hardwood pins (right) are entirely unique to the Leicestershire game.

Although alleys are being lost on an all-too regular basis (the Gate Hangs Well, Syston seems to be the latest to lose its alley following a recent refurbishment!), the game can still be found in pubs and clubs throughout much of the county. Long Alley is particularly well supported in the Wreake Valley area bordering Nottinghamshire, and to the south-west of the county in the Soar Valley area. 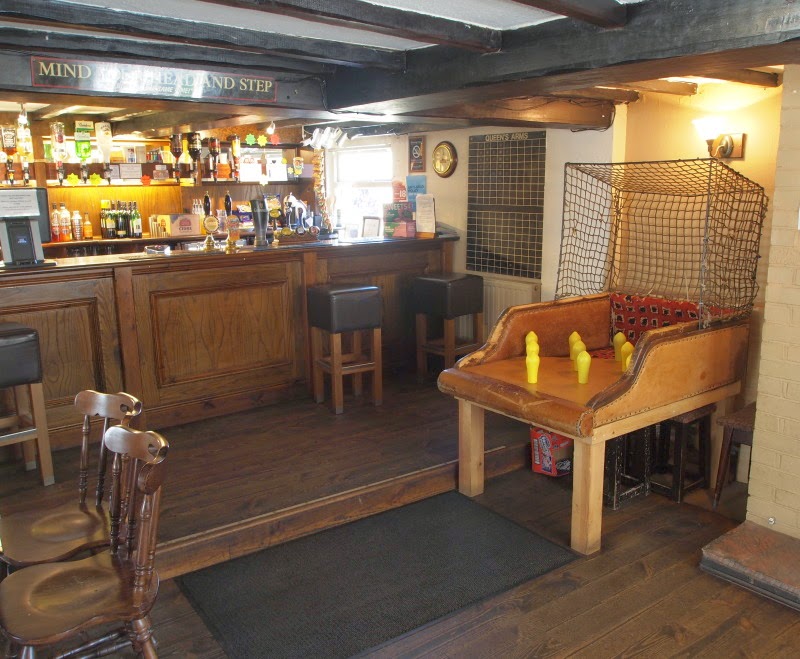 Northampton Table Skittles
Table Skittles takes several forms, uniquely two of which can be found in Leicestershire. The Northampton version of the game as seen here at the Queens Arms in the village of Leire, is played in a very wide area encompassing Northamptonshire itself, Bedfordshire, Cambridgeshire, Warwickshire, and something like half of the county of Leicestershire, specifically to the south. Tables are standard throughout all of these areas, though subtly different depending on manufacture, with W T Black & Son and Peppers Bros tables being the most common.

Needless to say there is wide variation in rules between areas and leagues (and even competitions within a league). Towards the South-East of the county, and in leagues such as the Dunton Bassett shown on the trophy below, yellow plastic pins and cheeses are the norm. Around the Northamptonshire border, wooden pins and cheeses are standard for league play,  Boxwood for preference. 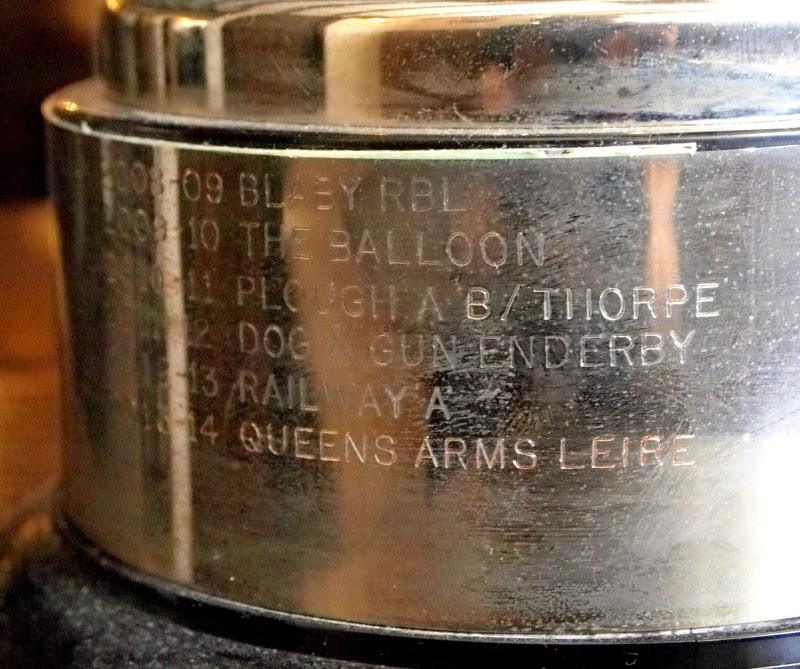 Leicester Table Skittles
Closer to the city of Leicester can be found the county's other version of Table Skittles. The Leicester game is played on a similar table to the Northamptonshire version shown above, but the pins are thinner, slightly taller and with a central 'King Pin'. The 'Cheeses' are quite small and made from the very dense wood Lignum Vitae. Plastic versions are also available, as shown in the image above, but not generally used for league play. This unique Leicester game may have developed independently of the Northants version, or of course it may have developed from it. In common with practically all skittle games, nobody seems to know its origin, only that it has been played in the county for over 100 years, maybe much longer. The table below is located in the long slim bar of the Fountain Inn, Leicester, and sees service in the Leicester City Mens Table Skittles League, though not to my knowledge under the name of the Sacred Heart Skittles Team. 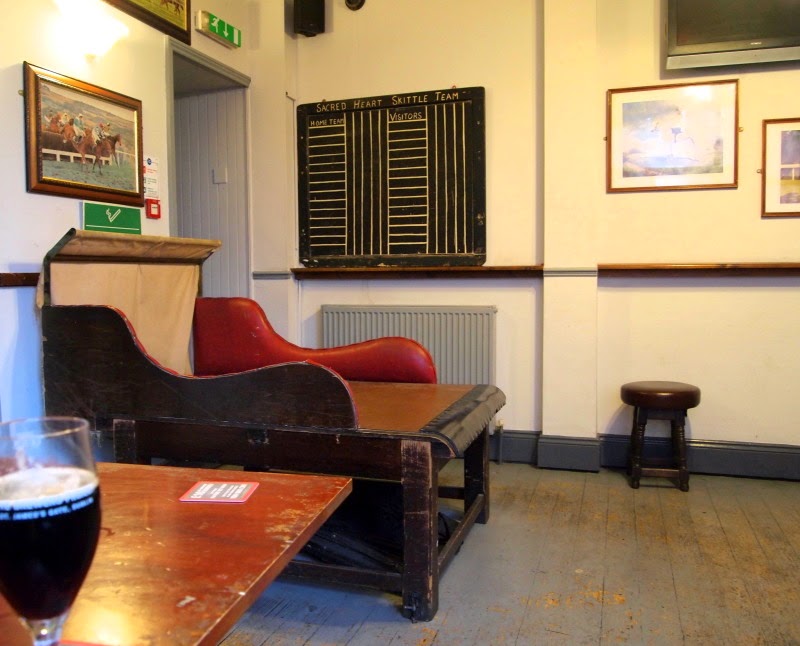 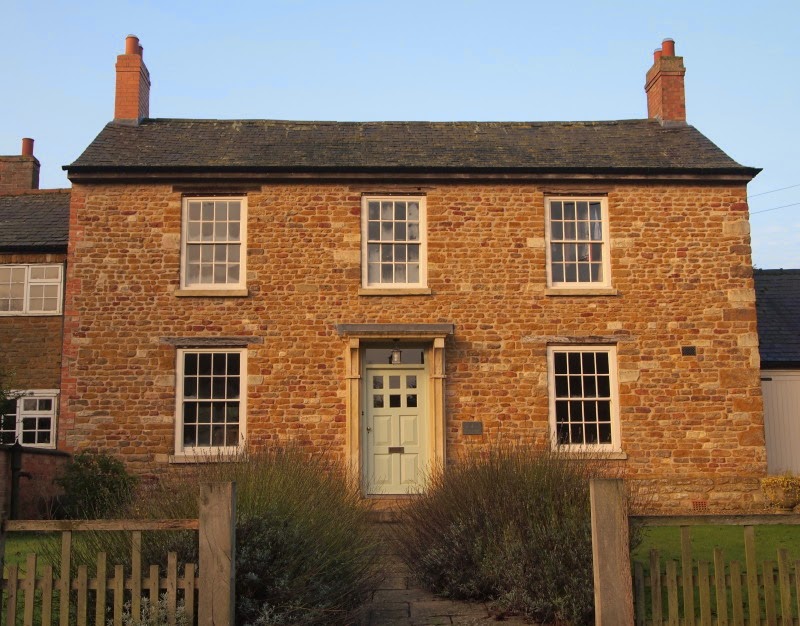 I've written before about the mystery set of skittles and cheeses I bought from a dealer in Grantham, Lincs (below). The pub where this skittle set is understood to have originated (or ended up!) is shown to the right, though sadly it's no longer a village pub. It was during a house clearance at the former Hunters Arms in Wymondham that this unusual skittle set came to light, and at least one person I've spoken to since can just about recall a table for the game in the bar of the pub.

I think this represents an example of the wide variety of Table Skittles games which were played at one time, many of which would have been very local indeed. Similar but locally or regionally different examples have been recorded from South East England, up the Eastern side of the country as far as Lincolnshire, and though to central England. Of these only the two versions shown above, and a handful of mostly new Kentish Daddlums tables still exist today.

A tantalising piece of information has recently come to light in the form of this old trade card, showing a Nottinghamshire-made skittles table equipped with skittle pins almost identical to the ones from the Hunters Arms. Although it's hard to tell from this image, the three Cheeses are a very similar size, and possibly even made from leather.

Manufactured by W C Bayliss, the table appears to be designed to sit atop a regular pub table. Perhaps the ideal alternative to a full size Northants table when space was at a premium in a small public bar or tap room. 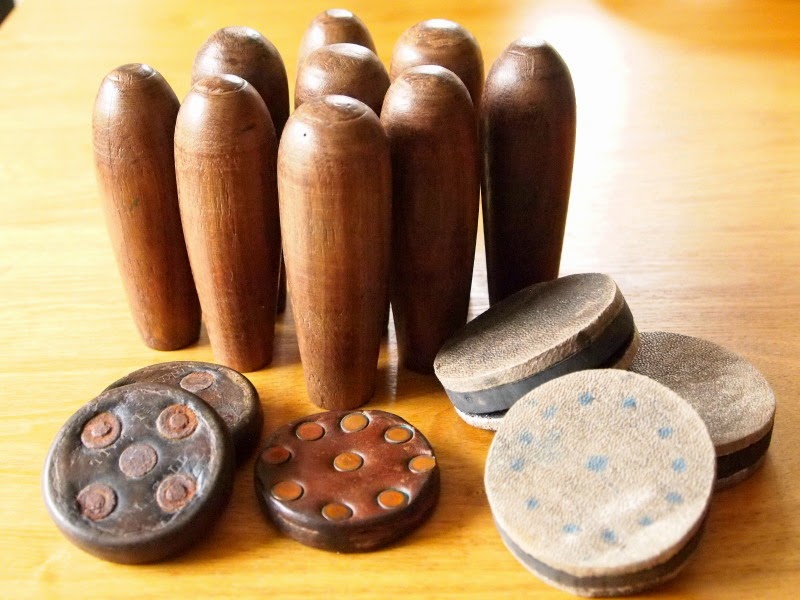 Devil Amongst The Tailors
I've included a set of Devil Amongst The Tailors skittle pins in the image at the start of this post, not because the game is now played to any degree in Leicestershire, more that it clearly once was. I personally know of only a handful of Devils tables in the county, though I'm sure there are many more out of sight or gathering dust in store rooms and lofts, but in the 1979 CAMRA guide to the pubs of Leicestershire & Rutland it's notable just how many pubs in the city are listed as having this game. Unusually, the Leicester version of Table Skittles described above appears to entirely absent from the city! I think this is probably down to a combination of Leicester Table Skittles being predominantly a game of clubs, and the kind of basic locals where the nascent real ale revival had yet to make an impact and therefore not listed in the guide.

So, was Devil Amongst The Tailors played at league level in Leicester? I don't know, I've no evidence to suggest it was, and it seems unlikely given the existence of the larger table game. Nevertheless, it seems to have been popular enough to be a feature of a good many city-centre boozers, and adds weight to my belief that the county may have, or at least may have had in recent times, the widest variety of pub skittle games anywhere in the country.
Posted by Mark at 11:40

Who are you calling "humble"? We're the sporting capital, dontcha know?